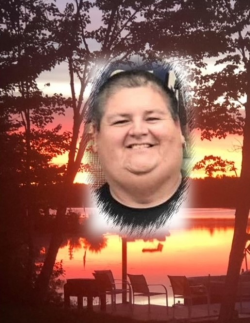 It is with great sadness that the family of Walter "Wally" Brooks announce his passing at the Advent Health Celebration Hospital in Celebration, Florida on Tuesday, January 10th, 2023. Born in Fredericton on January 4th, 1967, he was a son of the late Mark Albert Brooks and Mary Ernestine (Meuse) Brooks.

Wally was the long time manager of the St. Mary’s Entertainment Center. He enjoyed travelling, 4 wheeling, and playing poker. Wally loved having lots of people around at his camp in Yoho. He was a passionate Montreal Canadians fan.

Bishop’s Funeral Home 540 Woodstock Road have been entrusted with the arrangements.

For those who wish, contributions to the NB Heart & Stroke Foundation or the Canadian Cancer Society would be appreciated by the family. Online condolences and sharing of memories may be made at www.bishopsfuneralhome.com