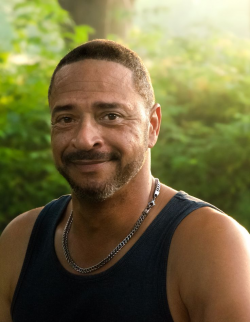 It is with heavy hearts that we announce the sudden passing of our beloved father, brother, grandfather, uncle, cousin and friend Allan John Nash who passed away in his home in Fredericton, New Brunswick on January 9, 2023. He was born on July 10th in 1965.

Allan had a kind heart, a good soul, and a great sense of humour. He loved engaging in conversation, learning and was an incredible listener, showing compassion and empathy. His genuine personality and kindness helped him make new friends everywhere he went. His quick wit, charm, charisma and enthusiastic storytelling created many smiles. He will be fondly remembered for his ability to make a room of people explode into laughter

He loved dancing and was known for his smooth moves. He was especially proud of having the opportunity to break dance for her majesty, Queen Elizabeth the II and Prince Phillip, in 1984, with his crew the Floor Breakers. Allan liked spending time skating at the roller disco in his younger years.

He took pride in doing his work at Shannex Care Home well. He was friendly and helpful, lending a hand wherever needed. He showed care and compassion with anyone he interacted with, including the residents and his coworkers.

Allan was curious, which led him to explore the topics that interested him intellectually. He enjoyed learning about a wide variety of topics, including the Black experience, history, as well as current social issues facing the Black community.

He is predeceased by his parents, Elizabeth (Bessie) Eatmon (Nash) of Fredericton, NB and Chester A. Eatmon of Elm Hill, NB and his sister, Marget Nash of Saint John, NB.

The family will hold a Life Memorial Service in the spring in Fredericton, NB at a date yet to be decided.

Condolences and memories can be shared through www.bishopsfuneralhome.com