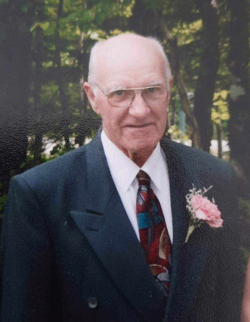 It is with great sadness the family announces the passing of Ivan "Dick" Merle Harris, on Saturday January 7th, 2023, after a courageous battle with cancer at Hospice House Fredericton. Dick was born July 30th, 1935, to parents Harry and Helen (Mowry) Harris.

The Family would like to thank the amazing staff at Hospice House Fredericton, for their exceptional care. There were angels among us and that was the staff. Words could not express the care and love we felt from all of you. Thank You.

As per Dicks wishes there will be no visitation or service. Burial to take place in the summer.

those wishing to make donations in memory of Dick can be made to Hospice House Fredericton.

Online Condolences and sharing of memories may be expressed through www.bishopsfuneralhome.com