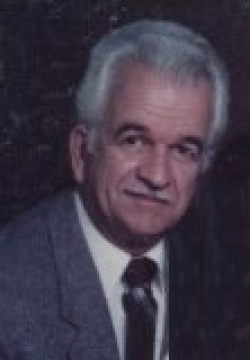 The family of Norman Joseph Kenney are sad to announce his passing on December 23, 2022. Norman was born on September 10,1935 in Minto NB to his parents, the late James and Evelyn (Arsenault) Kenney.  He was married for 63 years to his loving wife, Shirley (Williston) Kenney.

Norman was an independent businessman and he and his wife Shirley were the owners of York Home Cooking in Fredericton NB for almost 30 years. In his spare time, Norman enjoyed hunting and fishing as well as traveling in their motor home or going on several cruises.

He is survived by his wife Shirley; his daughter, Wanda Bertoia of Saskatchewan and her sons Kolby and Jensen; his son James Kenney (Glendlynne) of Alberta and their children, Jessica, Alyzza and Yredylle; sisters, Nancy Green and Dianne McCullough as well as several nieces and nephews.

In addition to his parents, he was predeceased by his sister Mary McCullough his two brothers Raymond and Johnny Kenney.

It was Norman’s request that there be no visiting or funeral service. An interment will be held at a later date. Bishop’s Funeral Home and Crematorium, 540 Woodstock Road, Fredericton NB, have been entrusted with the arrangements.

Special thanks to the Doctors, Management and Staff of Frederick Hall, Shannex for their care and compassion during his time with them.

Memorial donations in Norman’s memory may be made to the Canadian Cancer Association, the Alzheimer’s Society, or a charity of the donor’s choice.  Online condolences and sharing of memories may be made at www.bishopsfuneralhome.com