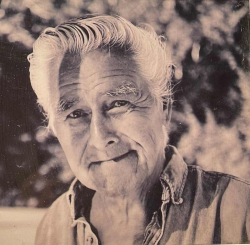 It is with great sadness that we announce the passing of Walter William Joseph Polchies, on November 11th, 2022, at home surrounded by his loved ones. He was predeceased by his wife Elizabeth Ann Polchies. Born in Devon, New Brunswick, he was the son of Joseph Polchies and Annie Sacobie.

He was known as a jack of all trades, having numerous occupations over the years. He especially loved working on cars and his time spent as a school bus driver. He loved going on rides in his side by side, blaring George Jones, and spending time at community events, and was a competitive washer toss champion. Christmas was his favourite time of year, he loved being surrounded by his family and was known for having the best decorations.

He is survived by his children, JR (Lenore), Laurie Paul (Dick), Sonya Perley (Rick), Connie (Wayne), Sue, Amy (Clint), Eddy (Lindsay), Ricky (Erika), his fur babies Gizmo and Sparky, 23 grandchildren, 41 great-grandchildren, his siblings Eldon and Bernadine Gobeil (Carl), and his doctor Lenny Curtis. He was predeceased by his daughter Bonnie Poirier and granddaughter Alysha Paul, and several brothers and sisters. He was also predeceased by multiple pets, including his baby Cuddles.

Memorial donations in lieu of flowers can be made to Hospice House, Fredericton or a charity of your choice.