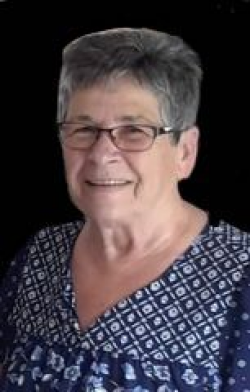 The family of Linda June Banks (Whittaker) is saddened to announce her sudden passing on October 28th, 2022, at the Dr. Everett Chalmers Hospital. Born on June 30th, 1951, she was a daughter of the late Noble and Georgia (Smith) Whittaker.

Linda could often be found collecting endless coins on her Facebook games. She enjoyed spending time in her garden, crocheting, doing puzzles, and spending time with her family. Before retirement, she worked at the Dr. Everett Chalmers Hospital for 30 years.

There will be a visitation for Linda on Tuesday, November 1st, 2022, at Bishop’s Funeral Home from 2-4pm and 6-8pm. A private family graveside service will take place the following day. For those who wish to make a donation in Linda’s memory, please do so to the Heart and Stroke Foundation of NB, the Lung Association of NB, or to a charity of your choosing. Online condolences and sharing of memories can be made at www.bishopsfuneralhome.com