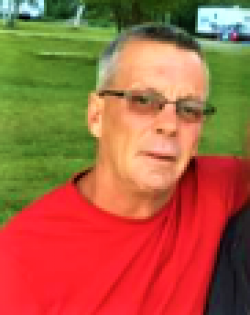 With very heavy hearts, we, the family of the late James A. Parker would like to announce his sudden passing on September 18, 2022, with his wife at his side, at the Dr. Everett Chalmers Regional Hospital.  James was born in Fredericton NB on May 22, 1965, to his parents, the late Murray and Winnifred (Titus) Parker.

He is survived by his wife, Pam Parker of Fredericton; his daughter, Ashley George (Steve Plourde) of Grand Lake and his son, Austin of Fredericton.  James will also be missed by his in-laws, Mollie (Willie) Hanscom, Joey Brewer, Brenda (Bruce) Shaw, Jeffrey (Angie) Brewer, many nieces, nephews, great nieces and nephews and cousins as well as a close friend and neighbor, Andrew Hanson.

James was a Carpenter but was also known to be a jack of all trades, he was also a big fan of his Montreal Canadians and enjoyed sitting back and watching their games. His other passion was camping, and he could usually be found at the Lake George Family Campground with his wife Pam at his side where many special memories were made. When the song "Fishing in the Dark " came on, no matter where they were, James and Pam would be found dancing up a storm.

James is resting at Bishop’s Funeral Home and Crematorium, 540 Woodstock Road, Fredericton, where a visitation will be held on Wednesday, September 21st from 5-8 pm.

Memorial donations in James’s memory may be made to a living memorial fund to assist the family with the funeral expenses or Hospice Fredericton. Online condolences and sharing of memories may be expressed through to www.bishopsfuneralhome.com.