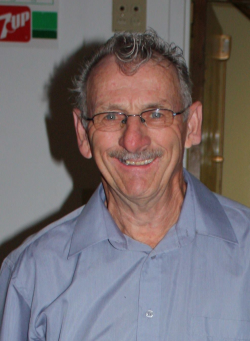 It is with heavy hearts the family of Raymond Richard announces his passing at the Saint John Regional Hospital He was surrounded by his loving family. Born in Lincoln NB, he was a son of the late Alyre and Lena (Maillet) Richard.

Raymond's happiest times were during family gatherings and spending quality time with his beloved wife at Hart's Lake, his little piece of haven. He took much pride in what he had accomplished there. His life passion was painting in which he dedicated 40 years before retiring in 1999.

The only things Raymond enjoyed more than spending time with his family was hunting and fishing with his two sons and his dear friends. He loved sitting in his treestand waiting patiently for deer, then heading to the camp to cook his delicious macaroni dish for all to enjoy.

A Mass celebrating Raymond’s life will be held from Saint Francis of Assisi Catholic Church, Lincoln on Wednesday, September 14, 2022, at 11:00 am with Father Charles Udeh officiating. Reception to follow in the church hall. Interment will follow in the adjoining cemetery.

In memory of Raymond, a contribution to The Heart and Stroke Foundation or Charity of choice would be appreciated. Words of comfort, sharing of memories, and contributions may be expressed through www.bishopsfuneralhome.com