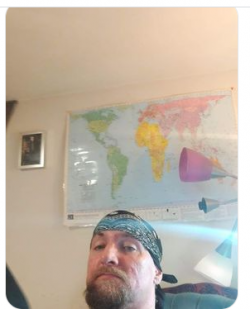 It is with very heavy hearts that we, the family of Ronald Mark Estey, announce his sudden passing at the Dr. Everett Chalmers Hospital on August 30, 2022.  Ronnie was born in Fredericton NB on November 12, 1975, to his parents, Bernard, and the late Patricia (Ryan) Estey.

In addition to his mother Patricia, Ronnie is predeceased by his grandparents, Lois and Ronald Ryan, and Abrham and Violet Estey.

Often referred to as the "Tasmanian Devil", Ronnie’s family and friends considered him to be happy, funny, old school and above all, honest. He had a special place in his heart for all animals. Ronnie was the type of person that made friends everywhere he went, and he was the first person that would offer help to anyone in need. The one memory that most people will have of him is his love for wearing bandanas.

Ronnie is resting at Bishops Funeral Home and Crematorium        (540 Woodstock Road, Fredericton NB) where a visitation will be held on Friday, September 2nd from 6 to 8pm. A funeral service at Bishops Funeral home Chapel will be held on Saturday September 3rd at 11am with Pastor David Williston officiating the service. An Interment at the Rural Cemetery will follow.

For those wishing to make a memorial donation in Ronnie’s memory, the family have suggested the Fredericton SPCA or a charity of the donor’s choice. Online condolences and sharing of memories may be made at www.bishopsfuneralhome.com