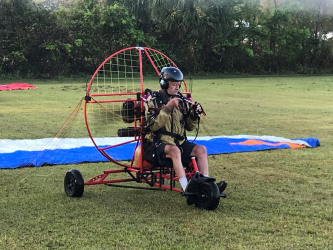 It is with measured sadness we announce the passing of Donald Glen Boyd at the DECH on Monday morning, May 9, 2022. He was predeceased by his parents, Donald William Boyd and Pauline Catherine (Lacey) Boyd. His survivors include brother "Duff" Gary Stephen Boyd; sister-in-law Faith Boyd; niece Lacey Porter (Shane) and two great nieces - Charlotte Olivia Porter and Audrey Rose Porter.

Born in Fredericton on September 20, 1950, Glen’s early years were dominated by weekends and summer holidays spent on his maternal grandparents’ farm in Lincoln. Those years were undoubtedly the happiest of his entire life, and he often reminisced that the joy, peace and contentment he found there were never to be experienced again.

Glen began work for the Provincial Department of Transportation in the early 1970’s, where he showed an immediate aptitude for the newly developing world of computer systems. During his over 40-year career with DTI, he personally wrote most of the code used by the survey and highway design sections. To further support his passion for machine intelligence, he returned to school part time, earning his Bachelor of Computer Science degree from UNB. Glen decidedly would be upset if it were not mentioned how the last 10 years of his time with the Province were devoid of challenge, and as a result most detestable for Glen; and he retired never having achieved any real sense of personal accomplishment.

Glen loved the outdoors…canoeing and fishing provided relaxing distractions. As for hobbies, Glen earned his private pilot’s licence, flying out of the Fredericton Flying Club for many years. He also briefly followed in his younger brother’s footsteps, making a couple of hundred skydives and winning a bronze medal as a junior competitor in the Canadian National Parachuting Championships. In his later years, his love of the sky led him to pursue the sport of Powered Para Gliding, flying extensively both at home in New Brunswick and in Christmas, Florida where he wintered each year.

Glen was never known to be the most social human being on the planet, but when he developed friendships, they were both deep and meaningful. Friendships not being restricted to people, his free-range pet alligator "Archie" was his constant companion while in Florida, where the two shared a love of donuts and pizza crust. Over the years, many a visitor gasped in awe as Archie emerged from the pond whenever Glen called.

Glen loved all types of folk music, as diverse as Lili Marlene, Waltzing Matilda and Lily The Pink, the words of each he could belt out upon the slightest provocation.

Admittedly, Glen also had a penchant for cigarettes and black rum (The Captain and he becoming extremely close over the years), but on surprising occasions he could abandon both habits on a whim whenever the mood struck him. Subsequent to his admission to the DECH on April 11, he never once mentioned missing either vice.

Glen was a complicated soul to say the least, but mostly he was both a loving son and big brother. He will be missed.

Special thanks to the several doctors who devoted such extensive efforts on Glen’s behalf, and perhaps especially to the best nursing staff on the planet, the folks on 4SW.

There will be no visitation, but a small celebration of life will be held at a later date. Your acknowledgments on the Guestbook page would be most appreciated. Glen says "I’ll be seeing you…"