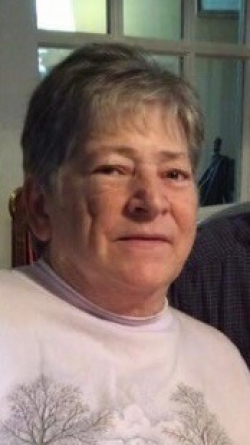 It is with heavy hearts that we announce the peaceful passing of Marsha Gail Clarke (Pyne) of Fredericton, NB. Marsha passed away at the Oromocto Public Hospital Duffie Unit on April 16th, at the age of 73.  She was the loving wife of the late Richard M. Clarke.

In addition to her husband, Marsha was predeceased by her parents, John and Ada (Rutledge) Pyne, her sister Mary Corey, and brothers-in-law Bill Thow and Vinny Price.

Marsha enjoyed games night with her sisters and could often be found enjoying a good game of Yahtzee. She enjoyed playing bingo or just relaxing and enjoying a good book. She worked at various jobs throughout her life including the K-mart on Symthe Street and at the veneer plant in Napadogan.

At Marsha’s request, there will be no funeral visitation. A graveside service at Douglas Rural Cemetery will be held at a later date. Details will be provided when arrangements have been made.

For those who wish, donations may be made to a charity of the donor’s choice.

The family would like to give special thanks to the doctors, nurses, and staff of the Duffie Unit at the Oromocto Public Hospital for the loving care provided to Marsha during her stay there.

Online condolences and sharing of memories may be expressed through to www.bishopsfuneralhome.com