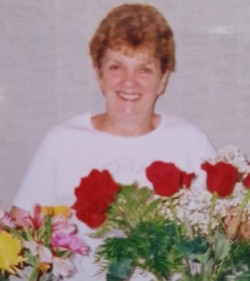 It is with heavy hearts that we announce the passing of Helena Smith, wife of Stewart Smith of New Maryland. Helena passed away at the Saint John Regional Hospital on April 13, 2022 from a brain bleed. Her greatest love was her family who depended on her heavily. Helena was a long-time employee of the New Maryland Elementary School and then later the Liverpool Elementary School and was an active member of the Nasonworth Baptist Church. Helena was a gentle spirit who avoided the limelight but was loyal and dependable at everything she did. Her kind heart and common sense made an incredible impact on her family.