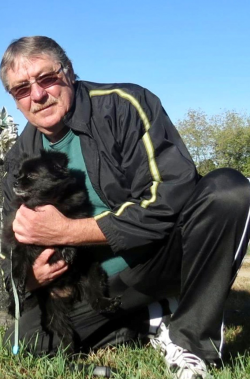 With heavy hearts we announce the passing of Ronald (Ronnie) Clark of New Maryland NB occurred on October 31, 2021. Born on December 12, 1950 in England. He was the son of the late Ashley and Sylvia Clark.

In addition to his parents, Ron was predeceased by his loving wife Marie and beloved son Jamie Clark and brother-in-law Roy Goodine.

Ron started with Co-op Dairies and then spent many years as a salesman with Atlantic Wholesalers and finally with Wal-Mart as a department Manager before retiring.

It was Ron’s wish that there be no visitation or funeral service, but a burial will be set up at a later date. In lieu of flowers, the family has suggested memorial contributions be made to the NB Heart & Stoke Foundation or the Alzheimer Society of NB.

The online sharing of memories and condolences can be made at www.bishopsfuneralhome.com