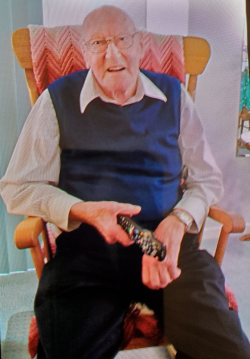 The peaceful passing of Frank Maxwell Gillis of Lake George NB occurred on Monday, September 27th, 2021, at the Doctor Everett Chalmers Regional Hospital. He was 94.

Born in Campbellton NB, he was a son of the late James and Grace Gillis. United by faith, Frank worked for over twenty-five years at NB Power.

Besides his parents, Frank was predeceased by his wife Jessy (Irvine) Gillis.

At Frank’s request, there will be no visitation or funeral service. A private Interment will take place in Campbellton.

For those who wish, memorial contributions can be made to Masonic Lodge Fredericton.

Bishop’s Funeral Home, 540 Woodstock Road Fredericton, have been entrusted with the arrangements.

Online condolences and expressions of sympathy may be expressed at www.bishopsfuneralhome.com 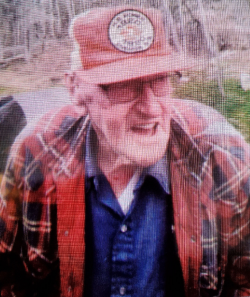