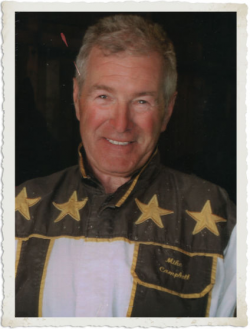 A mass of christian burial for Mike will take place on Monday June 13, 2022 at 12:00 noon at St. Dunstan's Roman Catholic Church.

For those unable to attend, the service will be streamed at The livestream for the funeral service  can be viewed by going to see https://stdun7.wixsite.com/stdunstansparish  And clicking the green stream button at the bottom of the webpage.

It is with profound sadness that we announce the passing of Mike Campbell of Hanwell, NB on September 25th, 2021, at the Doctor Everett Chalmers Hospital.  He was 73. Born in Charlottetown PEI.  He was a son of the late Cyril and Reta (Hennessey) Campbell.

Mike’s career in harness racing was legendary.  It was in the stable of his grandfather Wal Hennessey that his love of horse racing began. Sleigh rides with Wal and time spent in the barns started a passion that lasted a lifetime.  He worked with some of PEIs finest horsemen before heading out on his own. His journey landed him on harness racing’s biggest stages in Ontario, New York, Florida and the Maritimes.  Mike raced and won against the best drivers and trainers of the time.  Harness racing led him to the love of his life, Joan, after they met at Fredericton Raceway in the 1960s.  Training horses is where he excelled and among the many standouts a few favourites were Igoddago, Bob Collins, Vulga Wil and Warbuck’s Pick.  Despite all of trips to the winners circle, Mike would tell you that the best things in his life were Joan, Lori, Luke and Leo.  For him, they hung the moon and stars and were the reason his eyes sparkled so brightly.  Nothing made him happier than spending time with his family.  Mike's friends meant the world to him and their adventures would make for a best selling book. He was larger than life.

Mike is survived by his loving wife of 49 years, Joan Campbell, their daughter Lori Campbell-Gay (Stacy) of Fredericton, 2 grandsons, Luke and Leo.  His siblings, Celeste Currie of Halifax, Hugh Campbell (Heather) of Charlottetown, Joan Campbell CSM of Charlottetown and Jim Campbell of Charlottetown, Beloved in-laws, Sandra, David, Carol, Paul, Kathy, Glen and Mark as well as several nieces, nephews and cousins.  He was predeceased by a brother Paddy Campbell.

There will be no visitation or service at this time.  A celebration of Mike’s life will be held at a later date.  Interment will be in the Hermitage Cemetery.

Donations in memory of Mike, may be made to the Canadian Diabetes Association, or a charity of the donor’s choice.

Online condolences and expressions of sympathy may be expressed at www.bishopsfuneralhome.com 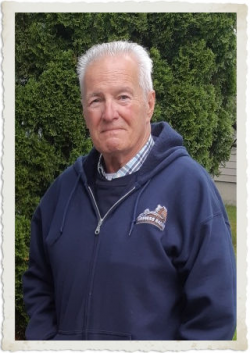 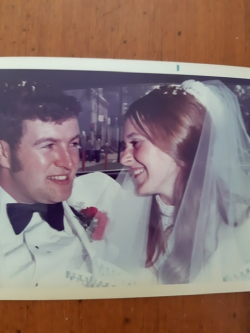 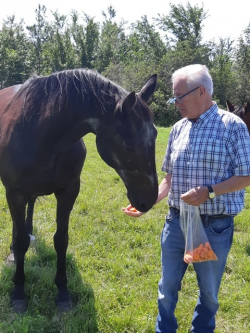