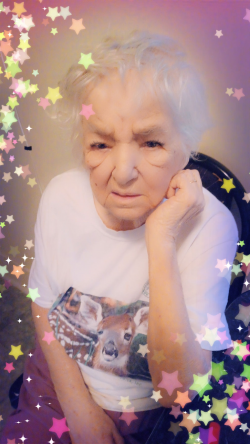 The family of Mrs. Edna Louise Burke of Fredericton, NB announce her passing on Friday September 17th,2021.  She was 82.  Born in Upper Blackville she was a daughter of the late Fred and Amanda Arbeau.

Edna’s grandchildren had a special place in her life.  She enjoyed playing bingo and loved her cats Duncan and Sam.

Keeping with Edna’s wishes, there will be no visitation or service at this time.  A celebration of life will be held at a later date.

A special thank you to the Extra Mural staff for all the care and compassion given to Edna and her family during her time of need.

The family appreciates the love and support they have received in this time of sadness and request that donations be made to the Alzheimer’s Society.Online condolences and the sharing of memories can be expressed through www.bishopsfuneralhome.com