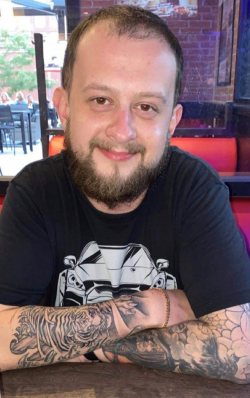 It is with heavy hearts that the family of Tyler Brooks of St. Mary’s First Nation announces his sudden passing on August 25th, 2021, at the Dr. Everett Chalmers Hospital. Born on March 25th, 1994, he was the son of Tom and Phyllis (Cormier) Brooks.

Tyler was an avid Montreal Canadians & Moncton Wildcats fan and enjoyed spending his time cheering for his teams. He played ball hockey and was a former goalie in the Fredericton Youth Hockey Association. He loved his side by side; car shows and his cars Black Betty and Subie were his children.

Donations in Tyler’s Memory may be made to a charity of the donor’s choice at www.bishopsfuneralhome.com