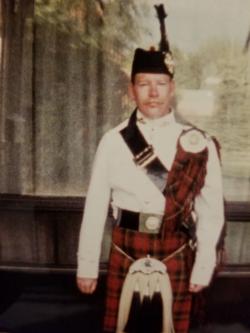 David was a Corporal, who served 20+ years in the Canadian Armed Forces with the 2nd and 3rd Royal Canadian Regiment before he retired.

He was an avid Maple Leafs fan and enjoyed playing with the pipes and drums band attached to his regiment.

David leaves behind the mother of his child, Deborah Lavallee, son, Ian Izatt, his adopted daughter Rena Laplante, and several relatives in Scotland.

Arrangements have been entrusted to Bishop’s Funeral Home. There will be no visitation or service. A family interment will take place at the Forest Hill Cemetery Field of Honor.

Online sharing of memories and condolences can be made at bishopsfuneralhome.com

The family has suggested donations to be made to the Fredericton area SPCA or the Royal Canadian Legion Poppy Fund. www.bishopsfuneralhome.com 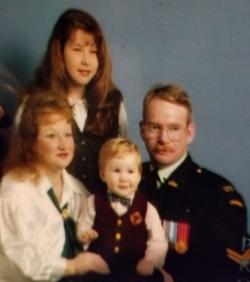