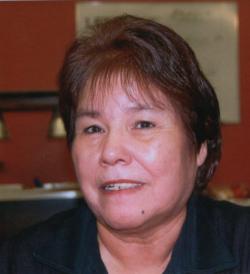 It is with great sadness that the family of Dorothy Ann Hansen (Brooks) announce her passing at the Dr. Everett Chalmers Regional Hospital on Friday, July 2nd, 2021.

Born in Fredericton on September 13th, 1950, at St. Mary’s First Nation, she was a daughter of the late Mark Brooks and Mary Ernestine (Meuse) Brooks.

Dorothy was employed with the St. Mary’s Entertainment Center. She enjoyed travelling to Nashville, where she was able to attend the Grand Ole Opry, and never missed an episode of the series "Nashville", watching it several times (151). She loved playing Bingo, playing Yahtzee with her sister Alice "Shawnee", collecting angels and birds, and loved the color blue. Dorothy always used to prepare special meals for her beloved pet "Bear".

Bishop’s Funeral Home (458-1885) in charge of arrangements. Online condolences and the sharing of memories may be expressed through www.bishopsfuneralhome.com