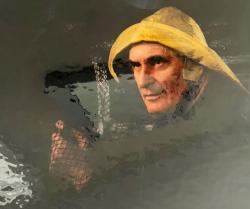 Tony was born in Holland. He grew up on a farm with WWII as a challenging backdrop in occupied Holland. After the war, Tony’s family immigrated to Canada aboard the SS Waterman. Tony, who was seasick for the entire journey, would avoid large boats on open water from there on out.

Once in New Brunswick, Tony and his family joined a tight-knit community of Dutch immigrants. To support the family, Tony and his brothers took on different trades such as coal mining. The family worked together and eventually; his parents bought another farm in Sheffield.

Eventually, he got married and moved to Fort Lauderdale, Florida, where he worked for Swift Chemical Company and later started businesses of buying/selling cars and autobody repair.

After four sons and more than a decade in Florida, Tony returned to Fredericton, New Brunswick.

There, he expanded upon his business ventures. He formed a fiberglass manufacturing company, and then moved on to real estate and rental properties.

When a teacher told him that he would never be successful, Tony promised himself that he would spend the rest of his days proving that teacher wrong. And he did!

Tony retired to the snowbird life, wintering in Saint Petersburg and Fort Lauderdale, Florida, also near his son and daughter-in-law, Alicia. Over the years, he grew to cherish his relationship with Alicia, attending midnight mass with her, and bringing her and her mother (Anne) more maple syrup than they knew what to do with.

Tony filled his days with walking, yard sales, and traveling to Costa Rica. He also spent time at his brothers’ camp in New Brunswick, where he enjoyed playing cards and fishing. He adored coffee (with three creams, two sugars), sweets and cookies, and music, especially the Dutch violinist, Andre Rieu, and the opera legend, Andrea Bocelli.

Tony will be remembered as someone who lived for the chase, whether you were talking about business or real estate or art. He was extremely handsome, a ladies’ man who never looked his age, a smooth talker when he wanted to be. His favorite pastime was hunting for treasures at flea markets and estate sales, from which he amassed an extensive art collection. He particularly enjoyed watching Antiques Roadshow and the entrepreneurial reality show Shark Tank.

Tony was mischievous, creative, and competitive; a man who lived by his own set of rules. He was a natural entrepreneur; a handy, persevering go-getter who wanted to get things done. Though he was introverted and sometimes pensive, he was also charming, funny, and attentive; a one-of-a-kind wisecracker who shall keep us laughing and smiling long after he’s gone.

Tony was predeceased by his parents, Henry and Theodora Buyting. He is survived by his sons, Christopher (Alicia), Robert, Michael, and David, and their wives and families; and his siblings, Ann Donnelly (Bill), John Buyting (Patsy), Harry Buyting (Annie), and Gerald Buyting (Bertha - deceased). As well, he had many loving nieces and nephews.

Services will be private. In lieu of flowers, donations may be made to the Alzheimer's Association (alz.org) or the Breast Cancer Alliance (breastcanceralliance.org). In memory of Tony, we ask that when you think of him, that you do a kind thing for someone in your life who would appreciate such kindness.