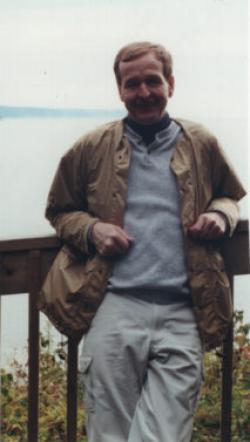 The unexpected passing of Randall "Randy" James Kimm, of Fredericton, occurred on June 8, 2021, at home with his wife by his side.

Randy was born in Winnipeg, Manitoba, the son of the late J.J. Kimm and Rachel (James) Kimm. He was Baptist by faith, graduated from University of New Brunswick in Fredericton with a B.A. and master’s degree in economics. He held various positions with CIBC in Toronto and set up a call center system for CHIMO several years ago.

He had a passion for flying aircraft in his younger years. He flew a wide range of aircraft, including spray planes and C-130 Hercules military transport aircraft. He also piloted planes for one of our NB Premiers. Flying was his greatest joy. He was a member of the Armed Forces Reserve and was stationed at Canadian Forces Base Greenwood in Nova Scotia for a time.

He is survived by his wife Gail, stepson Jeff (Jody) King, and grandson Sawyer from Fredericton whom he loved dearly, and with whom he shared his love of fossils. He is also survived by his sister-in-law Dr. Carol Dingee, his brother-in-law Ron Kolody and niece Lara Kolody of Vancouver, BC, who had a special place in his heart and loved her dearly. Also survived by extended family and cousins in Alberta. Special thanks to Dr. Reverend Karl Csaszar, a true and caring friend, and a source of strength for Randy.

There will be no service, as per Randy’s wishes. Bishop’s Funeral Home have arranged cremation. In lieu of flowers, a donation to the Fredericton S.P.C.A. or the Student Hunger Program partnered with the Fredericton Community Kitchen is welcomed. Online Condolences and sharing of memories may be made at www.bishopsfuneralhome.com