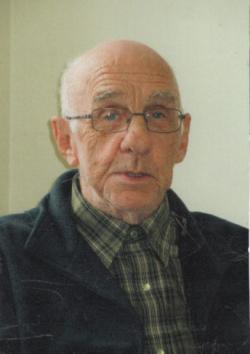 It is with sad hearts that we announce the passing of Fayne Bedford Carr of Gagetown on April 22nd, 2021 at the Orchard View Nursing Home.  Born in Geary NB, he was a son of the late Bliss and Lena (Howe) Carr.

He was predeceased by his wife Ruth Carr, infant great granddaughter Madisen Rose and a brother Devernt Carr (Sylvia).

There will be no visitation or service at this time.  A graveside service will be held at a later date in the Geary French Lake Waterville Cemetery.

Memorial donations in Fayne’s memory may be made to the Heart & Stroke Foundation or a charity of the donor’s choice. Online condolences and sharing of memories may be made at www.bishopsfuneralhome.com