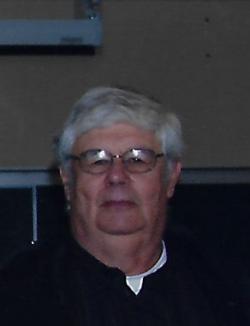 Doug passed away peacefully on Sunday April 4, 2021, at the Dr. Everett Chalmers Hospital, with his family by his side. He was a lifelong resident of Lincoln. He attended school in Lincoln, Oromocto and UNB. His early interests were scouts (Queen Scout Award) and Driving Rodeos with many trophies and awards.

In December of 1971, Doug and his father Cecil formed C.W. Guthrie & Son Ltd., which focused on the family farm, purebred shorthorn cattle, landscaping, and construction work. Doug always had an entrepreneurial spirit. His first venture was importing nursery sod from Quebec and Ontario, which led to being the first growers of sod in the Maritimes. Doug had a passion for snow removal skills and often was a step ahead of his competition. The company still continues in this field. Doug was always ahead in technology and looked for new ideas. In 1984 Doug and Cecil purchased a round baler, which was one of the first in the local farming community. In 1991 Doug, as owner operator, ventured into the school bus business with one bus. His goal was to purchase a new International school bus, which he did in 1993. His next purchase was 7 new International school buses, with several more to follow. His next goal was a Freightliner bus, of which 2 were purchased in 1999, followed by 2 more 6 months later.His last new bus was purchased in 2018 and was a Freightliner C2. Over the years, Doug had over 100 buses go through his possession. He made many contacts in the Maritimes, Quebec and Ontario.

Doug was a member of the Canadian Order of Foresters and held many positions in local and Maritime capacities. Doug had a keen interest in local government and was a member of the Lincoln Local Service District for several years. The LSD led him to be a member of FRSWC. He was actively involved in the planning process from the beginning stages to it’s operations until 2003. His position included member and worked his way up to chairman.

His family was involved with the Lincoln United Church. In 2018, Doug and Elizabeth purchased the building and property of the church which was built on ground donated by Doug’s grandmother. His goal was to preserve the heritage of the church and families who had contributed to its presence.

Doug married his wife, Elizabeth and her children, Eric and Tammilyn in 1973. As Tammilyn often referred to as his "package deal". Eric and Tammilyn were joined by their brothers Jeff in 1976 and Tom in 1980. In 2018 Doug and Elizabeth acquired Bella, their King Charles Cavalier Spaniel. Bella had a special place in Doug’s heart, and on his lap. They enjoyed their nightly ice cream together.

Doug and Elizabeth, with their family, enjoyed several vacations and many family trips together. In the last few years, Doug and Elizabeth enjoyed travelling to Woodstock and Sussex to attend Country Music Jams. Both enjoyed meeting new people and met many friends along the way. Doug had a passion for his family homestead and couldn’t wait for new calves and the haying season. His love of life was his family, his church, his friends and his community, which he always want to be in the know. Doug always enjoyed a good joke or story, whether he was telling it or listening. He will be missed by his wife, children, family, friends and community. Doug was a big man with a big heart and full of compassion.

Our family’s loss is Heaven’s gain. We love you dad.

Doug’s family will receive visitors at Bishop’s Funeral Home 540 Woodstock Road Fredericton on Thursday April 8, 2021 from 2-4 and 7-9 PM with social distancing protocols and contact tracing in place. The funeral service will be held at the former Wesley United Church 2371 Route 102 Hwy Lincoln, NB on Friday April 9, 2021 at 2:00 PM by invitation only, due to Covid-19 seating limitations. Interment will take place at a later date.

Contributions to a charity of the donor’s choice would be greatly appreciated by the family.

Special thanks to the staff of ANB, DECH staff and doctors, as well as friends, family and the community for their support.

Online condolences and sharing of memories may be sent through to www.bishopsfuneralhome.com