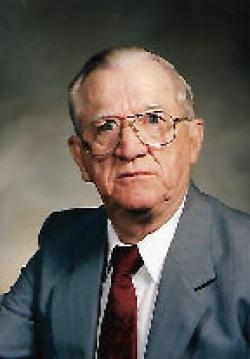 It is with great sadness we announce the passing of Edward Oland Wells on February 2, 2021 at York Care Centre in Fredericton. He was the son of the late William Dupuis Wells and Alice (Banks) Wells.

Edward was a firefighter with the Fredericton Fire Department, retiring as Captain with 31 years of service. He was a member of the Skyline Acres Baptist Church.

Dad was predeceased by our mother, Laurene B. (Stairs) Wells and an infant son, William. He was the last surviving member of his immediate family. Edward is survived by his children, Robert (Kathie) Wells of Richmond, ON, Nancy Eagles of Saint John, NB, Dale (Bonnie) Wells of Fredericton, NB; granddaughter April (Will) Wells of Fredericton; brother-in-law Howard Stairs; special friend Enid Parks and several nieces and nephews.

At Dad’s request, cremation has taken place and there will be no visitation. A private family burial will take place at a later date. Rememberances may be made to a favorite charity of the donor’s choice.