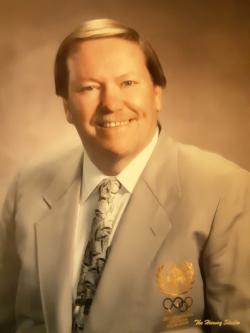 At the Dr. Everett Chalmers Hospital on Sunday, January 31, 2021, Wayne Brown of St. Mary’s First Nation passed away at the age of 72. He was a son of the late David and Kathleen (Chapman) Brown.

If you talk about softball and St. Mary’s in the same breath, you have mentioned two things that were near and dear to Wayne. As a long-time community member, Wayne, under the leadership/support of the late Chief Arthur Bear embarked on an economic development journey that included the construction of the St. Mary’s Entertainment Centre, Kcihkuhsis (little woods) Commercial Centre, and Chief Harold Sappier Memorial Elementary School.

As a past Recreation Director at St. Mary’s, Wayne was instrumental in the development of little league ball and softball teams. He coached many teams and athletes throughout the years and was a true champion of the New Brunswick Indian Summer Games. The many sporting events over the years within St. Mary’s First Nation impacted and inspired the entire community to engage in community spirit.

Wayne’s passion was softball. He was the youngest umpire across Canada to achieve Level V Certification and was appointed as an International Softball Federation Umpire. Wayne held many high-level positions with Softball Canada and supervised 21 Canadian Championships. Wayne was recognized for his many accomplishments in his sport and was inducted into the Fredericton Wall Fame, New Brunswick Sports Hall of Fame, Canadian Softball Hall of Fame and received the Order of New Brunswick Medal from Lieutenant Governor Graydon Nicholas in 2011.

Wayne valued family, friends and community, his never-ending love for his wife Pat, and the pride he felt for his daughters, Heather and Barb. Wayne and Pat were both extremely passionate Toronto Blue Jays fans. His favorite pastime was playing poker with his buddies.

Wayne will be resting at the new Community Center (Maqiyahtimok) at St. Mary’s First Nation, located beside the ballfield on Thursday February 4, 2021. Viewing will begin at 12:00 pm and continue until Friday at 12:00 pm. Due to Covid-19 restrictions, the number of people will be limited to 25 in the building at a time. A funeral service, by invitation, will be held on Friday February 5, 2021 at 2:00 pm at the St. Mary’s Community Center (Maqiyahtimok). Those who are unable to attend may watch the service online at this streaming address

Pallbearers will be Bob Stanton, Rick Lifford, Rick Russell, Jeff Whipple, Alfie Doucet, John O’Leary; Honorary Pallbearers, who will be watching virtually, are Max Pye of NS, Brian VanOs of BC, Chris Lee of BC and Don Bracey of BC.

In lieu of flowers, donations made to the Canadian Diabetes Association would be greatly appreciated by the family. Online condolences and expressions of sympathy may be expressed at www.bishopsfuneralhome.com