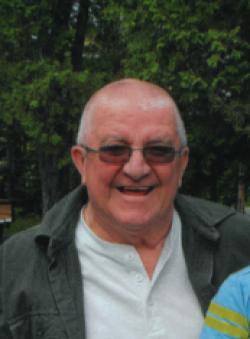 It is with deep sadness that the family of Daryl Ellis Marshall announces his passing at the Dr. Everett Chalmers Regional Hospital on Tuesday, January 5, 2021. Born on August 20, 1948 in St. Stephen, New Brunswick, he was the son of the late Mildred (Vail) and Lee Marshall.

Daryl is survived by his best friend and loving wife of 43 years, Debbie. His two beautiful daughters; Nadine (Mark MacMillan) and Jennifer (Zondra Howe) whom he said are his greatest accomplishments in life. His two grandsons, who brought him much joy and happiness, Silas Marshall of Mazerolle Settlement and Noah Marshall (and his mom Jamie Hendry) of Edmunds, Maine. His sister Linda Turgeon (Rob) on the Hampton Peninsula, many nieces and nephews, his extended family in Nanaimo, BC and St. John’s, NFLD, and many dear friends.

He was predeceased by his twin brother, Dale, his older brother Olin, and his sister Alice (Chambers) Foster.

Daryl worked for many years as a long-haul trucker, as a dispatcher and in driver relations for Sunbury Transport, in the Dept of Public Safety in Commercial Vehicle Enforcement, and the Office of the Coroner.

Daryl’s greatest joy in his later years was tinkering in his garage where his neighbors would say "if Daryl doesn’t have the tool you need, then it doesn’t exist".

In lieu of flowers, please send donations to the New Brunswick Lung Association in his memory.

Bishops Funeral Home, 540 Woodstock Road, have been entrusted with the arrangements. Online condolences and sharing of memories may be made at www.bishopsfuneralhome.com