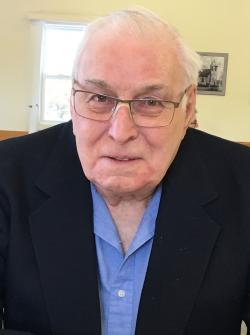 The family of Lloyd Osborne Sloat are saddened to announce his sudden passing, which occurred at his home, in Fredericton NB on November 7, 2020. He was born in Fredericton NB, January 1936, to his parents Lloyd, and Edna (Barr) Sloat.

Osborne is survived by his daughter Linda Deveaux and his son, Jeffrey Sloat, his brothers, Harry and Glenn and his sister Mavis Bowman. In addition to his parents, he was predeceased by his siblings, Joanne, Lester, Hazen, Ashley and Sharon. Osborne was married to the late Erla (Collett) Sloat.

Osborne was passionate about a lot of things, but he loved his family and friends. He enjoyed being with others and having a good meal, a drink and lots of laughter!  He was a member of the Kinsmen and the Lions Clubs.

A celebration of life will be held at a later date when we can all be safely together to remember "Ozzie" with lots of stories and laughter.

Memorial donations in Osborne’s memory may be made to the NB Heart and Stroke Foundation or a charity of the donor’s choice. Online condolences and sharing of memories may be made at www.bishopsfuneralhome.com.