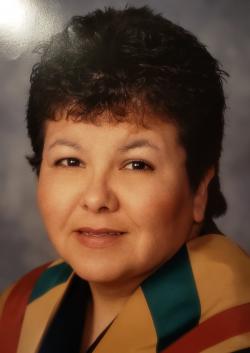 It is with heavy hearts that we, the family of Paula "Potsie" Paul of Kingsclear First Nation, announce her passing on August 9th, 2020 at the Dr. Everett Chalmer’s Hospital at 7:32PM. Born Sept 17, 1965 in Presque Isle ME, she was the daughter of the late Isabel Paul and Vincent Francis and adopted daughter of the late Alfred and Mary (Molly) Devoe.

Paula was an EA for 15+ years, and absolutely loved it, she was great at it too. She loved children, Wednesday night bingo, sudoku, travelling, concerts, animals, the six O clock news, and was a devoted Montreal Canadians fan. She was the best Mimi you could ask for, just ask her grandbabies; she was welcoming and had the biggest heart of all, she turned no one away. She was witty, feisty, funny, and quite the collector of unicorns. She was also an avid believer in education, and enormously proud of her schooling.

Resting at 449 Kingsclear Avenue, there will be a visitation beginning on Tuesday, August 11th at 2pm and all-day Wednesday. There will be an outside service on August 13, 2020 at 11am at the Pow Wow Grounds at the River Front.
Bishops Funeral Home 540 Woodstock Road has been entrusted with the arrangements.

Online condolences and the sharing of memories may express through www.bishopsfuneralhome.com For those who wish, donations can be made in memory of Paula to the Canadian Liver Foundation.