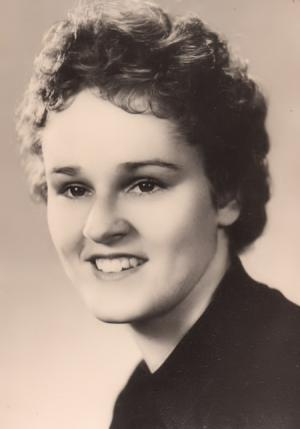 Janet Marie Shears of Fredericton NB, passed away peacefully on July 21, 2020 after a lengthy battle with Sarcoma cancer.

Janet married Ralph February 12, 1966, while she was working at NB POWER in the Accounting Divison. The couple shared over 54 years as husband/wife and best friends. Together they worked hard to raise a family and enjoy simple pleasures such as vacation travel and bus touring. No matter the event, Janet enjoyed the laughter and the smiles of all persons met.

Janet was a devoted and loving mother, supporting her children in all avenues of their childhood. Janet taught Sunday school, coached softball and assisted in many Boy Scouts of Canada activities. Janet was a familiar face in the stands and the car pools for every sporting event, school concert and extra curricular activity of Darren and Susan’s youth. Janet never missed a moment to show her pride of her children.

Janet could be found in many volunteer and supporting roles in the Fredericton/ Lincoln area throughout her life. In the mid 70’s Janet tirelessly dedicated herself to the Sunbury/York county Census.

In the 80’s Janet participated in the Lincoln Lioness club, as member and President, then later as Lioness President district 41. The Lioness club is well known for their fund raising for many local charities including support for visual and hearing impaired persons. Janet was also actively involved in local fund raising for the Cancer Society throughout her life.

Janet adored her 5 Grandchildren. Matthew Johnston of Calgary, Alberta and Kelsey Johnston of Kingston, Nova Scotia (children of Susan)Erik Shears, Kyle Shears and Taylor Shears all of Fredericton NB (children of Darren and Heather). Janet will always be remember as a very loving Nana with a huge smile and a tight hug.

Weeping may remain for a night,but rejoicing comes in the morning.

The family of Janet Marie (Holmden) Shears would like to have their wife/mother/Nana and best friend celebrated without tears but with happiness-for that is how she lived her life.

A family graveside gathering will take place later this summer. In Lou of flowers the family would prefer donations made to Hospice House Fredericton in Janet’s name.