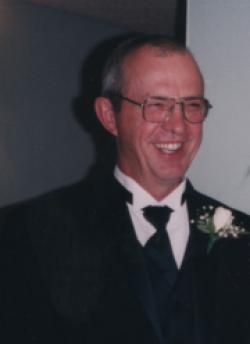 It is with profound sadness that we announce the sudden passing of Laurie Byron Jordan, July 10, 2020 at his home in Upper Kingsclear, NB. Laurie was born Nov 14, 1950 in Fredericton, NB to Christine (Kilburn) and Frederic Jordan.

Laurie is survived by his devoted wife, Twilla Reagon; his two beautiful daughters, Patty (Adrian Davidse) Jordan of Oakville, Ontario and Heather (Andrew) Keats of Fredericton, NB; five amazing grandchildren who filled his life with joy in so many ways, Alexander Jordan, Aidan Davidse, William, Emily and Jack Keats; his loving sister, Anne (Wendell) McLaughlin of Mazerolle Settlement, NB; his beloved companion pets, Buddy and Murray; several nieces and nephews; and many in-laws who will miss him dearly.

Laurie is predeceased by his parents and two brothers, Dale and Gary.

Laurie was a man of many talents and passions. He worked at jobs in the woods and on farms from a young age and eventually followed his dream of becoming a peace officer, working for the NB Sheriff’s Department, Woodstock Town Police and most proudly serving on the Fredericton Police Force for 11 years. Laurie was a singer and musician, performing in a number of country music groups until establishing his own band, The Silver Dollar Express, popular in the 1980s in the area country music clubs. Upon leaving Fredericton City Police, Laurie established a general contracting business and he worked as a contractor until his gradual retirement in 2015-16.

Over the years, Laurie served his community in other ways through volunteering at his church, as a founding member, president and past-president of the York County West ATV Club and the KingsclearKilburnCommunityCemetery board. He has worked tirelessly to restore and maintain the cemetery since 2000 and took immense pride in that work.

Laurie was an avid and talented gardener, growing flowers, vegetables and most recently his own tobacco. He was a talented carpenter and woodworker creating furniture and rebuilding and refinishing antique pieces. In earlier years, Laurie loved to fish and to hunt but in more recent years, he preferred to just watch wildlife. He loved animals and they instinctively loved him for his kind heart and gentle nature.

Laurie enjoyed camping and had many cherished memories of taking Patty and Heather on camping adventures in New Hampshire and more recently of several seasons at Heritage Country Camping and trips to the White Mountains with Twilla and friends. Although those who knew him would say that he was a homebody, he enjoyed several trips to the Dominican Republic with friends and family.

Laurie leaves behind a number of friends who he also considered brothers: his best friend Jimmy, as well as Max, Gerald, Bernie and Real who have been constant in their friendship, love and support through thick and thin.

Laurie was a bright light in a dark world, a beautiful and kind heart to those who needed help. He was a soft touch with children and animals, a generous soul who gave all he had to his community, his family and friends. He had lifelong struggles which he only spoke openly about in recent years, hoping that his struggles might encourage others to seek the help that he did not. He left the world knowing that he was loved and all of us who loved him are better people for having known him and for having seen his bright light shine in the darkness. He would hope that we all try to be a light for others, as he was for us.

Bishop’s Funeral Home have been entrusted with the arrangements. Due to Covid-19 restrictions the funeral service will be limited to an invited number of people, however it will be streamed online on Thursday July 16, 2020 at 1:00 pm through the funeral home website, www.bishopsfuneralhome.com.

In lieu of flowers, donations to the Kingsclear Kilburn Community Cemetery or a charity of the donor’s choice would be appreciated.