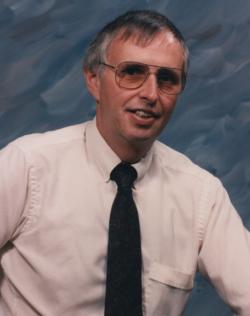 It is with tremendous sadness that the family of Paul Dorcas announce his death on Friday, April 3, 2020 after living bravely with Parkinson's Disease for several years. He was born in Fredericton in 1944.

Paul was proud to be a teacher. He received a Bachelor of Teaching and a Bachelor of Arts from the University of New Brunswick. His first two years of teaching were at Keswick Valley Memorial School, followed by 30 years of teaching at Stanley High School. Over the period of his career Paul taught several different subjects including Canadian History, Current Affairs and Political Science, among others. The last half of his teaching career was spent teaching French second language after a sabbatical year in which he studied French in a total immersion program at Saint Thomas University. He taught French as a living language, with French rock music and hockey and other sports in French. He was very proud that his students received very high scores in provincial testing. He also taught driver education. At Stanley High School, he headed a ski club.

After their retirement, Paul and his wife Jolène travelled extensively which they enjoyed immensely. Paul also volunteered with Jolène at the Fredericton Multicultural Association.

In view of the pandemic, Paul’s life will be celebrated at a memorial at a later date. In the meantime, publicly displayed condolences may be sent to Bishop’s Funeral Home’s website www.bishopsfuneralhome.com or for private condolences, messages may be emailed to [email protected] citing "Remembering Paul Dorcas".

For those who wish, gifts in remembrance of Paul, may be made to the Greener Village Food Bank, the Stanley Food Bank, the local United Way’s Endowment fund, the Forever Fund or to the Parkinson’s Association of Canada.

Bishop’s Funeral Home 540 Woodstock Road, Fredericton have been entrusted with the arrangements. www.bishopsfuneralhome.com