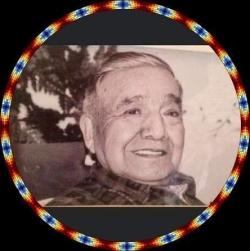 It is with great sadness that the family of Elder Frederick James Sabattis (Fred) announce his passing on July 10, 2020 at the Dr Everette Chalmers Hospital, Fredericton, New Brunswick.  Fred was 86 years of age and was born in Oromocto, New Brunswick on July 13, 1933.

He was predeceased by his parents Michael and Mary Jane (Sacobie) Sabattis, his wife of 37 years, Angela Louise (Denny), and his Son Christopher and his Brothers Ronald Sabattis, Charlie L. Sabattis, (Irene), John C. Sabattis, (Beatrice), and his Sister Betha A. Clark (Elmer).

He was a proud member of 25 yrs. of the Fredericton Legion # 4, and loved his church St Anne Kingsclear First Nation, avid Bingo Player and Loved playing at Eagles Nest in Woodstock, and F ’ton Legion Branch #4, and loved watching ball games with his dear friend Billy Polchies

The family would like to thank the Doctors and Nurses of 4NW, DECH and the Doctor Stewart and Nurses of Kingsclear First Nation Health Center, for all the calls, and the care and understanding you provided to Fred and to us during this very trying time. We are so grateful for the wonderful of calls and concerns from friends and members, "He was one of a kind and will be sadly missed"

For those who wish, donations can be made to the Canadian Cancer Association or Heart and Stroke, or donor’s choice. Online condolences and sharing of memories may be expressed through www.bishopsfuneralhome.com