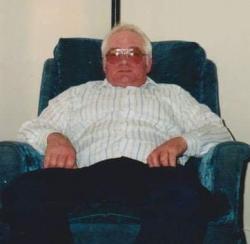 It is with heavy hearts that we announce the unexpected passing of John Arthur Stewart (aged 74 years) on April 15, 2020 at the Dr. Everett Chalmers Hospital in Fredericton, New-Brunswick. Although John was formally from Mount-Pleasant, PEI, he lived most of his life in Fredericton, NB. All who knew John, knew that he had a great passion for harness racing and loved to challenge anyone to a game of crib. John worked very hard for Air Canada for many years and also devoted countless hours at the Fredericton raceway since the 1960s.

Arrangements entrusted to the Bishop’s Funeral Home, Fredericton, NB and a celebration of life will be announced at a later date. Memorial donations in John’s memory to the Canadian Heart and Stroke foundation would be greatly appreciated. The online sharing of memories and condolences may be made at www.bishopsfuneralhome.com