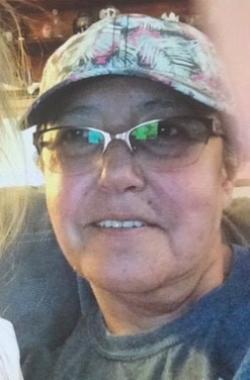 It is with heavy hearts that we announce the sudden passing of Ann-Marie Brooks of St. Mary’s First Nation on Friday, March 27th at the Dr. Everett Chalmers Hospital at the age of 58. She was born here in Fredericton on July 28th 1961 to Vivian Veronica Paul and the late James Brooks.

Ann loved and devoted her life to her family, husband and their grandchildren. She always started off her day with going to Tim Hortons with her mother, and ended her evenings playing Yahtzee, and other card games with her husband; she enjoyed sitting on the back deck and watching the stars and having a beer, family BBQ’s and a fire with her family; and listening to her daughter’s music on the Piano. Ann loved her children in a very special and unique way. She will always be remembered by her family and friends for her smile, her contagious laugh and always putting others needs before her own. Always so kind and loving. Ann was such a strong woman and raised her children to be strong just like herself.

The family would like to thank the staff from the ICU at the DECH.

There will be no visitations at this time, a celebration of life will take place at a later date.