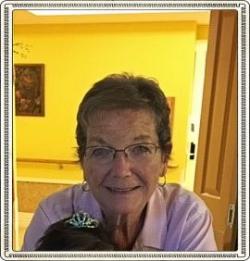 It is with broken hearts that the family of Mary Elizabeth (Dingley) Wheeler announces her sudden passing at her home on March 26 at the age of 82.

She is survived by daughters, Pam Wheeler of Fredericton and Kim Stuart (Bob) of New Maryland; brothers, Rick (Linda) of Hanwell and Reg (Shirley) of Penniac; several nieces and nephews.

Following in her mother's footsteps Mary was a proud, strong woman who made many sacrifices for her family of whom she was very proud. She was the oldest of five children, and being the only girl, sometimes suffered at the hands of her brothers but loved them dearly.

A graveside service will be held at a later date.

Donations in Mary's memory can be made to the Heart and Stroke Foundation or charity of the donor’s choice.