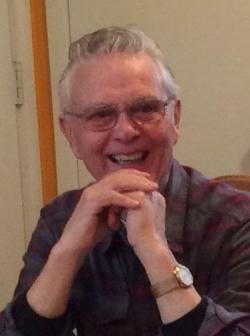 It is with great sadness the family of Lawrence Aubrey Ward announces his sudden passing on February 8, 2020. He was born in Blissfield NB to the late Abel and Hazel Ward on April 4, 1932. He was a member of Capital Community Church, Fredericton NB.

Dad worked for H. J. Heinz Company for over 30 years. Only Heinz ketchup was allowed in the refrigerator. He loved spending time at his camp on the Miramichi River where lots of fond memories were made with friends and family.

Besides his parents, Lawrence was predeceased by his wife Allie Marie Ward (Brown), a daughter Penny Ward (Hunt) and two sisters, Doris Arbeau and Jean Espey.

Arrangements are entrusted to Bishops Funeral Home, 540 Woodstock Road, Fredericton NB. Visitation will be held at the funeral home on Friday February 14th, 2020, from 12 noon until 1:45 with a service to follow at 2:00pm. Interment will be held at the United Pentecostal Cemetery in Doaktown, NB, at a later date. For those who wish, remembrances may be made to The Palliative Care Unit at the Doctor Everett Chalmers Hospital. Online condolences and the sharing of memories may be expressed through www.bishopsfuneralhome.com