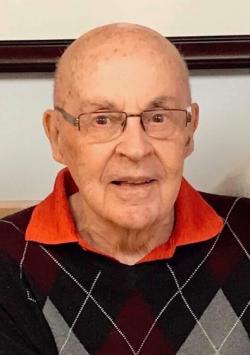 Predeceased by his parents Gerald and Carrie, and his brothers Ralph, Arthur and Blake and his sister Eileen.

He studied Mechanical Engineering UNB and proceeded to have a long fulfilling career as a Professional Engineer. Jerry was passionate about studying ancestry, making his own wine, riding his bicycle, boating with his friend Captain Johnny Barberie, doting on his grandchildren (who knew him as "Puppy"), and using his wit to make his friends and family laugh.

A viewing is scheduled for 2:00-4:00 PM on Saturday, February 1st at  Bishop’s Funeral Home. A service is scheduled to follow shortly after. All are welcome to attend and celebrate Jerry’s life. The family would like to thank the staff at the Chalmer’s Hospital 4SW wing for their care and compassion in his final days.