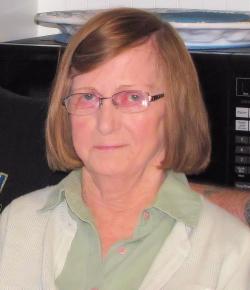 The passing of Sonya Doreen Carter of Lincoln, widow of the Late George Carter, occurred on Saturday, January 18 at the age of 78. Born on January 22, 1941 in Zionville, N.B, she was the daughter of the late Oliver and Mary (Moran) Somerville.

Sonya was a former employee of the Victoria Public Hospital in Fredericton. She was a member of the Wesley United Church, Lincoln, NB and the U.C.W

Sonya is survived by her son Kevin Carter (Rosane), of Waasis; Grandson Joshua; Sister Sharon Woodcock of McGivney; Brother William Somerville (Charlotte) of Astle; and Nieces and Nephews. Along with her parents and husband, she was predeceased by her Granddaughter Madilynn Carter (2003); Sisters Rosetta, Monica Harris; Brothers Eldon Somerville, James "Bobby" Somerville, and Oliver Somerville.

At Sonya’s request, there will be no visitation. Friends and family are welcomed to attend a graveside service to be held in the Spring at the Lower Lincoln Cemetery. For those who wish, memorial donations can be made to the Fredericton Area SPCA, or a charity of the donor’s choice. Bishop’s Funeral Home has been entrusted with the arrangements, and online condolences can be expressed through www.bishopsfuneralhome.com.