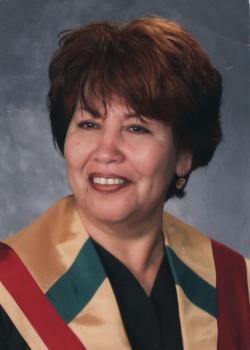 It is with sad hearts we announce the passing of Carolyn Yvonne (Saulis) Nicholas of the Kingsclear First Nation on January 15, 2020, at the Dr. Everett Chalmers Hospital.  She was 67 years old.  Born in Oromocto NB, she is the daughter of the late Walter and Annie (Atwin) Saulis

Catholic by faith, Carolyn obtained her Bachelor of Arts Degree and also worked at many trades throughout her lifetime, she worked on the pipeline as well as driving several modes of transportation, Bus, Truck and even the City Transit in San Diego California in the United States.

Besides her parents, she was predeceased by six brothers, Clifford, Steve, LaBalle, John, Norman and Rufford, as well as one sister Freda Berube.

Resting at 416 Kingsclear Avenue, Kingsclear 1st Nation on Friday afternoon January 17, 2020 as well as all day Saturday and Sunday January 18th and 19th 2020. A mass of Christian Burial will take place on Monday January 20th, 2020 at 11AM at St. Anne’s Roman Catholic Church in Kingsclear with Father Monte Peters officiating with Father Curtis Sappier assisting. Interment will take place in the adjoining church cemetery in the spring.  For those who wish, donations may be made to the Kidney Association of Canada or to the CNIB (Canadian National Institute for the Blind).

Bishop’s Funeral Home 540 Woodstock Road have been entrusted with the arrangements. Online condolences & the sharing of memories can be made at www.bishopsfuneralhome.com