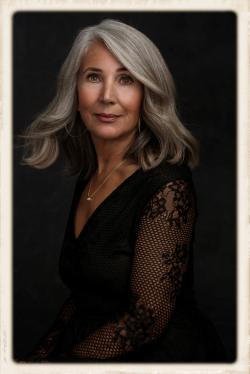 On December 28th 2019 our mother’s pain ended peacefully, surrounded by her children, after a difficult 9-month fight against cancer. She was the centre of our family and the life of every party, and she will be missed more than words can express.

She was born Melanie Woodhouse on February 5th 1956 in Sydney, Nova Scotia. After finishing high school at Holy Angels, she somehow graduated from St. Francis Xavier University (’78) with a degree in English and philosophy, despite her very active social life.

After a stint with Air Canada and moves to Halifax, Belleville and London, Ontario, Melanie moved to Fredericton in 1989 with 3 daughters and her first husband in tow. She had a gift for connecting with people, and quickly became a well-known face around the city. Her son and favourite child was born shortly after, turning her into a passionate hockey mom for almost 2 decades.

In 1999 she married Jack Jardine, who believed her happiness to be priceless (and has the receipts to prove it).

She loved a bargain (especially a Mardens bargain), redecorating perfectly good rooms, and her annual girls trips to the Caribbean where she was responsible for making new friends and getting upgrades. Most of all, she loved her grandchildren Lucy and Charlie, and worked hard to achieve her ‘favourite / princess nana’ status.

She is survived by her husband Jack, her children Victoria, Rebecca, Maddie and Grant West and their partners, her beloved grandchildren, as well as her special uncle Abe Hashem of Sydney, auntAdele Hashem and many cousins. She is also remembered by her many dear friends from around the world, with whom she shared so much of her life and favourite memories. She was predeceased by her mother Helen Woodhouse (nee Hashem), brother Robert Woodhouse, and several aunts and uncles.

She has promised to haunt us if her house isn’t kept clean, so apologies in advance to visitors for the mess.

Her family would like to thank the community for the overwhelming support shown to us during this painful time, as well as the incredible staff and volunteers at Hospice House Fredericton and the DECH Palliative Unit.

Donations to Hospice House Fredericton would be appreciated in lieu of flowers.

A celebration of life will take place from 4-7pm on Friday, January 3rd at Kingswood Lodge, with a short service starting at 5pm.