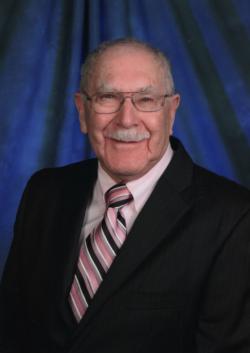 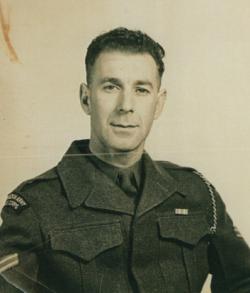 It is with sadness that the family of Lee Frenette of Fredericton announce his passing at Hanwell, NB on December 25, 2019. He was born in Beresford, NB on June 18, 1931, son of Louis Frenette and Therzile Vienneau. He was married to Margaret (Griesbach) for 20 years and the late Kaye (Sippley) for 48 years.

Lee served in the military for 22 years and retired from the forces in 1972 and settled in Lincoln, New Brunswick after serving in many locations in Canada. He was a member  of the United Nations Peace Keeping Forces in Egypt. After his military career, he worked as a carpenter in Lincoln and following that, he worked as a Driver Examiner for the Department of Transportation.

Lee was an active member of St. Francis of Assisi Catholic Church in Lincoln. On two occasions he served as Grand Knight of the 3rd Degree and a member of the 4th Degree in the Knights of Columbus. He was also a member of the Royal Canadian Legion branch #4.

Lee will always be known as a hard worker who took pride in everything he and whose family was always well provided for. Lee had several great passions after he retired. He enjoyed travelling, woodworking, he loved working on his cars and working on jigsaw puzzles. He loved his family, family gatherings and reunions, and was especially close to his brothers and sisters.

In addition to his wife Margaret, he is survived by his daughter Karen of Hanwell; sons Richard of Fredericton and Paul (Donna) of Charters Settlement; stepson Chris Griesbach (Shelley) of Three Hills, AB; stepdaughters Daphne (Steve) Stafford of Fredericton and Amanda (Doug) Evans of Carters Point. He is also survived by five grandchildren Michael, Tracy, Angela, Morgan and Cody; his step grandchildren Terry, Greg, Evan and Jarod; many great grandchildren, step great grandchildren. Lee is also survived by one sister Maisie (Aubrey) Hare of Upper Blackville; several nieces and nephews. Last,  but not least, his faithful little companion Jenny.

The family will receive friends on Monday December 30, 2019 at St. Francis of Assisi Roman Catholic Church in Lincoln from 10 AM until 12 PM. A funeral service, at the church will follow the visitation at 12:00 PM. Interment will take place in the spring.

For those wishing to make a donation in Lee’s memory, St. Francis of Assisi Cemetery Fund or a charity of the donor’s choice would be appreciated by the family. Funeral arrangements have been entrusted to Bishop’s Funeral Home, 540 Woodstock Road, Fredericton (458-1885) Condolences and the sharing of memories may be expressed online through www.bishopsfuneralhome.com