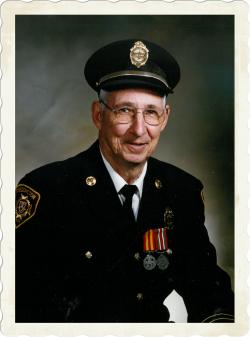 It is with sadness that we announce the passing of Vernon Arnold Dunham at the Dr. Everett Chalmers Hospital on December 23, 2019. He was born at Lower Southampton (Otis), NB on August 13, 1929 to the late Frank and Myrtle (Sharpe) Dunham. He took pride in hard work throughout his life, from early life on the farm and in the woods, as a member of the Fredericton Fire Department for 30 years, and in the care of his large vegetable garden. He was a faithful member of Grace Memorial Baptist Church.

Along with his parents, he was predeceased by his sisters Bernice Moore and Marguerite Arsenault, and his brother Clifford. He is survived by his sister Freda Merritt.

Donation’s in memory may be made to the Canadian Cancer Society or to the Alzheimer’s Association would be appreciated by the family.

A special thank you to Drs Gordon MacDonald, Chris Lambropoulos, nurse Vinessa and the staff at palliative care for all the care and compassion given to the family during their time there.