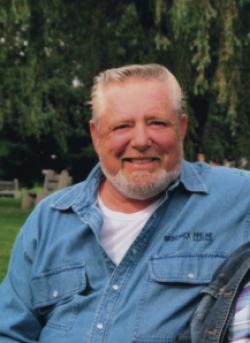 The passing of Bob Flowers of Fredericton, occurred on Monday, December 16, 2019 at the Dr. Everett Chalmers Regional Hospital. Born in Petersville, NB, on February 21, 1951, he was a son of the late Guy and Christie (Reid) Flowers.

Bob worked for the Daily Gleaner as a pressman for several years and after that as a carpenter. Besides spending time with his family, moose hunting, selling bundles of kindling at the market, attending races at the Speedway 660 as well as listening to country music (especially George Jones), were Bob's favorite things to do.

Aside from his parents, Bob was predeceased by his brothers, George, Guy and Gerald; sister Ada and sister-in-law Jean.

There will be no visitation or services by request of the family. Memorial donations to the Lung Association, the Heart and Stroke Foundation or a charity of your choice would be appreciated by the family.

The family would like to thank Bob's extended family at speedway 660 for the care and friendship they have shown and for helping him get around at the track when his health was failing.

Arrangements have been entrusted to Bishop’s Funeral Home, 540 Woodstock Road, Fredericton. Online condolences and the sharing of memories may be expressed through www.bishopsfuneralhome.com