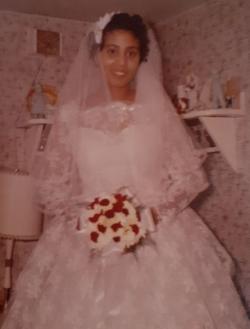 PLEASE NOTE THE LOCATION OF THE SERVICE HAS CHANGED. THE

LOCATION LISTED BELOW IS CORRECT

It is with great sadness that the family of Loretta June Howe announces her passing on November 28th, 2019, at the Doctor Everett Chalmers Regional Hospital. Loretta was born June 6, 1937 in Fredericton NB. She was the daughter of the late Harold and Lillian McCarty.

Loretta was an employee of the Doctor Everett Chalmers Regional Hospital for over twenty years. She was a member of the Hope City Church in Fredericton. She enjoyed spending time with family and friends and doing crossword puzzles and Sudoku.

Although there will be no visitation, a celebration of Loretta’s life will be held at Hope City Church 429 Clements Drive on Monday, December 2nd, 2019 at 2 pm with Pastor Joe Beesley officiating. Interment will take place in the Fredericton Rural Extension Cemetery at a later date. A reception will take place in the church following the service.

For those who wish to make a memorial donation in Loretta’s memory, can do so to the Canadian Cancer Society or the Doctor Everett Chalmers Regional Hospital Foundation or to a charity of the donor’s choice. The sharing of memories and online condolences can be made at www.bishopsfuneralhome.com