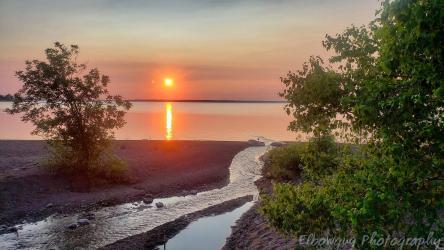 It is with great sadness we announce the sudden passing of Gordie Sewell on November 9th, 2019 in Wellington, Florida. He was born February 18th, 1965 in Fredericton and is the son of the late Neil Sewell and Joan (Brown) Sewell.

Gordie was employed as a lineman with NB Power for several years before moving to Florida in 2005. He continued his career with Florida Power and Light. He loved his summers at Princess Park, enjoyed hunting and fishing with the guys at Neill's camp and was an avid hockey fan. Gordie was a proud Marysville boy who remained in close contact with family and friends, never forgetting his hometown roots.

Gordie is survived by his children Connor and Erica. He is also survived by his sisters Karyn Chase (Eric), Lynda Sewell (Jason) and Wendy Sewell-Maher (Ron), nieces Shelby and Kelli Chase, Alycia Sewell and nephew Andreas Sewell, as well as, several aunts, uncles and cousins.

Besides his parents, he is predeceased by his maternal and paternal grandparents.

Cremation has taken place in Florida. Interment will take place in the spring of 2020.

"Those we love can never be more than a thought away; for as long as there is a memory, they live on in our hearts"