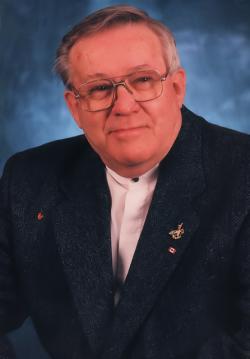 It is with profound sadness, that the family announces the passing of Richard Tucker, on October 3, 2019 in Fredericton, N.B. Born February 2, 1935, He was the son of the late Percey and Charlotte (Howland) Tucker.

In addition to his parents, he was predeceased by his Sister Doreen Bailey and son in law, Brian Babin.

Richard was an avid fisherman, baseball player, and practical joker.

The family wishes to thank Pine Grove Nursing Home and the staff, for their compassion and care for Richard during his time there.

There will be a visitation on Monday, October 7, 2019 from 6-8pm at Bishops Funeral Home. A funeral service will be held on Tuesday, October 8, 2019 at 2pm at the Marysville Baptist Church, with a reception to follow. In lieu of flowers, donations to the Pine Grove Nursing Home Foundation, SPCA, or donor’s choice would be appreciated.