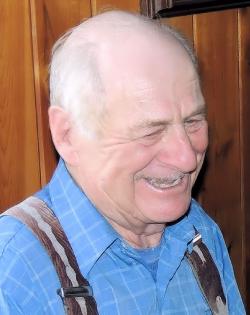 At the Dr. Everett Chalmers Hospital on Wednesday August 28, 2019 Alfred Anthony Richard of Fredericton passed away at the age of 90. Born in Rogersville, NB, he was a son of the late Alyre and Melina (Miallet) Richard. Alfred was a retired mason and carpenter, having worked at one point for Fredericton Housing for 8 years from 1960 – 1968. He was a member of St. Francis of Assisi Church in Lincoln and a 4th degree member of the Knights of Columbus.

In lieu of flowers, memorials made to either the St. Francis of Assisi Church Building Fund, or choice of your charitable organization would be appreciated by the family.