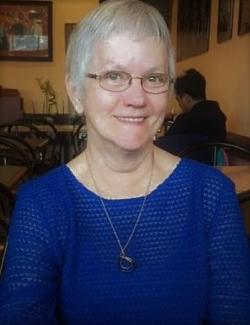 "It is with great sadness that the family of Agnes (Aggie) Grace (Anderson) Scott announces her passing at Hospice Fredericton on Saturday, August 17, 2019.  Agnes was born in Kingsclear NB on November 22, 1939 to the late Millen and Huldah (Gray) Anderson.

Agnes spent 38 years working for the Department of National Defence, first in Fredericton and later at Base Gagetown. She was a highly respected and well liked civilian and in 1992 was awarded the Canada 125 Medal which was was presented to honour Canadians who have made a significant contribution to their fellow citizens, to their community or to Canada.

She was one of the founding members of the Fredericton Women’s Dart League for several years and made many lifelong friends there, as a member of the New Maryland Team.  She was also a member of the New Maryland Lions Club for several years.  In her spare time, she enjoyed sewing, quilting and knitting and was very skilled at all. Her children and her grandchildren were the lights of her life and she so enjoyed sharing photos of her two newest family additions, Diana and Jack, in the last months of her life. Aggie was a friend to everyone she met and we know that more people than we can ever imagine will feel her loss.

In addition to her parents, Aggie was predeceased by her husband, Sherman Scott, her son, Gregory, and her sister Helen Jones.

At her request, there will be no visitation or funeral. At her wishes, we are proud to say that her remains were donated to medical research and have been accepted by Dalhousie Medical Centre.

There will be a celebration of her life to be announced at a later date.  For those who wish, donations in her memory to the Canadian Cancer Society, the Hospice Fredericton or the charity of the donor’s choice would be appreciated. Online condolences may be made at www.bishopsfuneralhome.com".