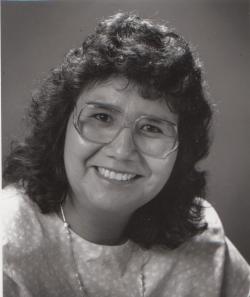 The family of Irene Bannatyne Mullin is saddened to announce her passing at the Dr. Everett Chalmers Hospital, on August 12, 2019 in Fredericton, New Brunswick. Born in Gold Pines Ontario on March 6, 1954, she was the Daughter of the late Alex Bannatyne, and Mary Rose Skead.

Including her parents, she was predeceased by her son Steven Alexander Mullin; sister Bernice Stella, and Mary Alvina; and grandparents Gerald Vincent and Christine Bannatyne, and Walter and Mary Skead.

Growing up in Gold Pines Ontario, Irene went hunting and fishing, and spent time with her father at the trap line and was proud to be an indigenous woman. She was extremely close to her grandparents Gerald and Christine Bannatyne. Both Grandparents were responsible for teaching the many indigenous ways by making snowshoes, tanning moose and deer hides, and many hours in the woods picking blueberries with her grandmother who also taught her to make Bannock.

Irene was a devout Christian and attended Morning Gate Church and had served as an elder. She also taught at Fredericton High School, from 1975-2001, with a one-year sabbatical at the Confederation College in Thunder Bay, Ontario.

There will be no visitation. A service will be held at Morning Gate Church on Thursday, August 15, at 2 pm, with an interment to follow in the Fredericton Rural Cemetery. There will be a reception to follow the burial. For those who wish, donations in Irene’s name can be made to the Morning Gate Church, or a charity of the Donor’s choice. Online condolences can be made at www.bishopsfh.com