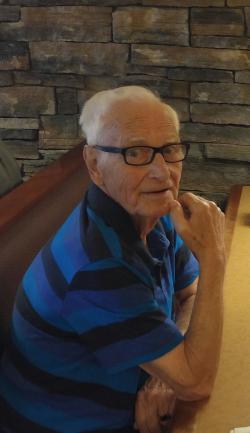 At the Dr. Everett Chalmers Hospital on Friday, July 5, 2019 Joseph Fernand Doucet of Fredericton, NB passed away at the age of 86. Born in Blanchard Settlement, NB, he was a son on the late Martin and Elizabeth (Mozerolle) Doucet.

Joe spent the majority of his working life as a licensed funeral director and embalmer in Fredericton. Upon retiring, he delivered flowers for Scott's Nursery for what started as a couple of weeks but turned in to several years.

By Joe's request, there will be no formal visitation or funeral service. A private family interment will be held.